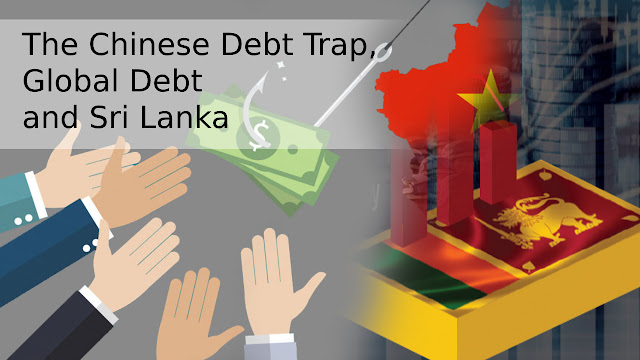 IBRD (You may know this as World Bank) has planned to fund $ 11 billion as Covid-19 reliefs to the poorest countries and they've only managed to raise a third of the required amount. Yes! World Bank is facing difficult times in finding donors. Developed countries are printing money while third world countries are relying on borrowed money.

The debt in the US has continued to rise, exceeding the ordinary levels of the economy as measures are enacted to cushion the impact of COVID-19. The US is not the only government to do this. Governments around the world have been borrowing heavily during the pandemic. UK has registered record debt levels and public debt to GDP ratio is expected reach 140% in developed countries. Refer the figure below to get an understanding about the heavy borrowings of developed countries such as Canada. 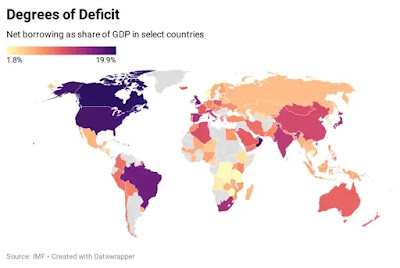 Not only the debt level but also the debt servicing is facing unprecedented difficulties. Low-income nations were due to pay at least $40 billion to banks and bondholders this year. There was a perception that the Debt to GDP ratio should be 60% in any country to ensure debt sustainability. Pandemic has made these numbers impractical and invalidate.

You may have seen social media posts on "Learning Chinese" and "Familiarizing the language" that recently went viral. The Charted Financial Analysts on social media have shown how China is influencing economies to kneel before their emperor. Well, that's not completely true.

Since the global debt is on the rise, poor countries are facing difficulties to service their debts. Not because they borrowed than they can endure, but the income generation and economic activities are at a standstill due to the pandemic. Low-income nations were due to pay at least $40 billion and plans to pause some of those interest payments and some of them are considering cancel any of the principal payments as well. These could result in sovereign defaults. But who cares? it's now or never situation for the countries.

To overcome these difficult situations, the World Bank has suggested The Debt Service Suspension Initiative. This allows countries to pause debt repayments to creditors willing to participate. If all eligible countries take up the deal, it will free up about $11 billion for social spending by governments. Well, to implement the DSSI, lenders (Countries, institutions and commercial lenders) should agree to do so.

Paris Club is a group of countries that coordinate their development lending and they have agreed over 30 DSSI packages so far. China is not a member of this club  but Chinese banks and institutions hold very significant chunk of emerging market debt which is estimated as 25% of the said $40 billion. Well, the emperor doesn't want these countries to kneel before him, instead he said, "Sure, we'll agree to the DSSI"

Are we in trouble?

According to the IMF, there are countries with serious debt and they've published a list of countries in debt distress (you can find it here).  As of September 30, 202o, there were about 70 countries categorized as below

Contrary to the claims made by politicians (and of course monks, AL tutors) Sri Lanka is not in this list. Currently we don't have an unsustainable level of debt (Not according to the economists) However, there's some features and stats which should be discussed , which will be discussed in a future article.